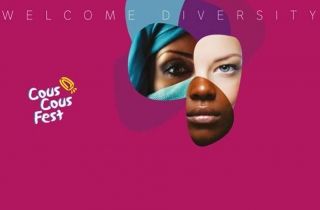 It is repeated since 1998, in San Vito Lo Capo, the Cous Cous Fest is an international gastronomic event. The Cous Cous Fest, festival of cultural integration, arises from the desire to put around a simple dish of Mediterranean cuisine, the passion for food, cultural exchange, peace between peoples and lots of good music. This year's edition will be a special edition, which closes on Sunday, September 24th, to celebrate the twentieth anniversary of the event featuring cous cous, a dish rich in history and a synthesis element between cultures that brings together, in this small town, chefs from 10 countries: Angola, Ivory Coast, France, Israel, Italy, Morocco, Palestine, Senegal, United States and Tunisia in the name of exchange and friendship among peoples.

The calendar of concerts begins with Jarabe De Palo (September 15), the Spanish group that celebrates, along with the Cous Cous Fest, the twentieth anniversary of his career making a stop in San Vito Lo Capo with the world tour entitled "20 años" and continues with Levante (16 September), Nino Frassica & Los Plaggers band (17 September), Mario Venuti (18 September), Niccolò Fabi (19 September), Fabrizio Moro (20 September), Samuel (21 September), Francesco Gabbani (22 September), Joe Bastianich Project and dee-jay Fargetta (September 23) and Paolo Migone (September 24). All the concerts will take place in Piazza Santuario, with the exception of Samuel and Gabbani's live performances, which will be hosted inside the San Vito Lo Capo sports field, on the beach at via Faro.